Seacoast Helicopters – which has been flying people on tours of the Seacoast in their trademark red helicopters for six years – is expanding its service to Portland, Maine.

Bruce Cultrera, the president, chief executive officer and founder of Seacoast Helicopters, said this week he hopes his company will start flying tours from the Portland JetPort to destinations around Portland by the end of June.

“It’s kind of the same environment in Portland as it was here when we first started in Portsmouth,” he said about the decision to start flying tours up there too. “It’s a beautiful area, there’s lighthouses, islands and a great waterfront.”

“Plus there’s no helicopter service up there. We thought it looked like a good opportunity for us to expand,” he added.

In Portland, Seacoast Helicopters will offer helicopter tours of the city’s historic downtown, Casco Bay and the numerous islands and lighthouses around Portland, Cultrera said in an interview this week.

He has also inked what he describes as “an exclusive” deal with the owner of Halfway Rock Lighthouse, which is nine miles off the coast.

“You fly out to the island by helicopter and you get a guided tour of the lighthouse and if you want to upgrade the experience we can include a gourmet picnic lunch and you can sit there and watch the whales and the seals,” he said.

Cultrera plans to start the Portland operation with one helicopter but is ready to expand “as the interest dictates.”

“We’ll bring in a second or third one if needed,” he said.

He believes the company has succeeded and grown because of its commitment to customer service and hard work.

“There’s no substitute for hard work. We’re all extremely passionate about aviation, with very few exemptions we’re all pilots and we run the place like a family business,” he said.

But Cultrera acknowledges the company has benefited “tremendously” from being branded as the company with the “little red helicopters.”

“My first helicopter just happened to be red, but it’s turned into a huge branding thing for us,” he said.

The company, which was the target of some noise complaints when it first started operating in Portsmouth, flies charter trips in addition to tours.

The company is also in the process of trying to get approval to build a new headquarters at the Pease International Tradeport, where they’ve operated for six years.

David Mullen, the executive director of the Pease Development Authority, said the PDA’s technical committee will hold a hearing on Cultrera’s request at 2 p.m. Thursday.

Mullen described Seacoast Helicopters as the “little engine that could.”

“He keeps tugging away, tugging away and he’s obviously demonstrated the ability to grow his business,” Mullen said Wednesday. “Obviously something is working if he’s able to do all this and considering adding a second location.” 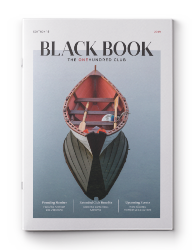